The puffed-rice chocolates from Sun Rice are a classic feature of supermarket confectionery shelves. The manufacturer, Rübezahl Schokoladen, now uses metallised films to package its products – a change with consequences for foreign body detection as well. The metal detection employed until recently was no longer possible, and the company is now using an Ishida X-ray inspection system. The new technology has proved its worth. 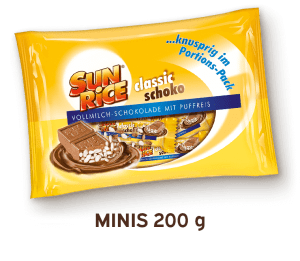 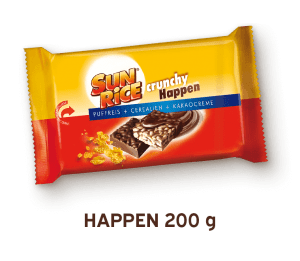 In summer 2017, Rübezahl Schokoladen installed an Ishida IX-EN X-ray inspection system. The model was selected for the purpose of reliably checking thin, lightweight and comparatively homogeneous products, such as Sun Rice chocolates. The X-ray inspection technology was integrated into the packing line within a single day, and the quality assurance system has no adverse effect on the flow of products. Inspections are carried out on six different items, including 20g Sun Rice Minis, 45g Sun Rice bars 150 and 200g Sun Rice slabs. The requirements for the new inspection system vary. , explains Andrejas Stih

The X-ray inspection system checks for foreign bodies by measuring the density of the product. An X-ray beam passes through the confectionery and photodiodes record the beam on the other side. Depending on the strength of the returning X-ray beam, the diodes send a signal for conversion to a grey-scale image. Any particles denser than the product itself appear as dark spots on the image. The special and patented technology behind Ishida’s X-ray inspection system is based on software featuring an intelligent genetic algorithm. By analysing image data over a number of generations, the machine achieves an extremely high level of accuracy. Since similar contaminants are usually found again and again in food manufacture, the system can create a unique algorithm to meet the customer requirements. The system can be calibrated quickly and easily by passing an X-ray beam through a test object two or three times. 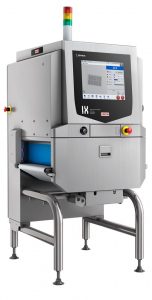 Rübezahl Schokoladen checks as many as 600 packs per minute with the IX-EN X-ray inspection system. The system is capable of achieving even higher output speeds than that – the only things holding it back at the moment are the upstream line components. Head of engineering Andrejas Stih appreciates the fact that bulk material can be inspected as well. That is because the chocolates are often fed into the system lying on top of each other. Despite its high speed, the Ishida system reliably detects foreign bodies with diameters of as little as 1 mm, including metal, glass and mineral stones. Rejected products are removed with a blast air nozzle and are collected in a sealed container. Rübezahl Schokoladen carries out hourly functional checks using prepared test samples to monitor compliance with the detection requirements. A data log collects important information and helps to eliminate recurring sources of contamination. This enables the confectionery manufacturer to verify that the production processes are being correctly followed.

It did not take long for employees to get up to speed with the IX-EN X-ray inspection system, which requires next to no maintenance. Andrejas Stih describes the Ishida X-ray system as . The machine features an automatic set-up function and is ready to use within 90 seconds. Fine adjustments can then be made during ongoing production. Furthermore, up to 200 programmable pre-sets allow rapid product changeovers.

Rübezahl Schokoladen uses the X-ray inspection system across multiple shifts without interruption. Andrejas Stih is very happy with the performance of the new system, commenting: He reports that retailers have expressly welcomed the new quality control process. Rübezahl Schokoladen is already planning to expand its foreign body detection using Ishida X-ray inspection systems to include other products.

The X-ray inspection systems from Ishida exhibit excellent performance. The Ishida X-ray system is very easy to use. 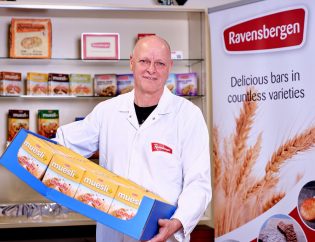