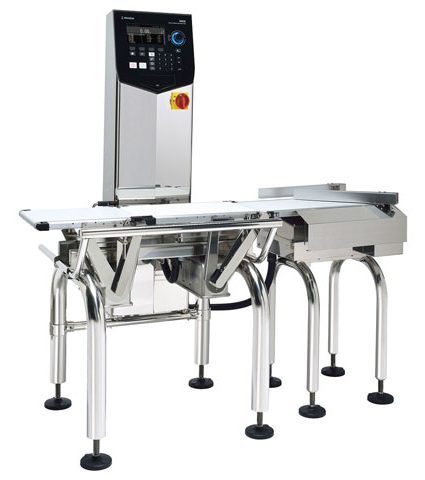 The DACS-G is operating at speeds up to 150 packs per minute for double bar packs in three, four, five and six multipacks, and around 98 packs per minute of traditional ‘Rounds’ cookies containing up to eight items. While the checkweigher has a top speed of 160 packs per minute, the performance of the line is governed by the automated case packer which places the multipacks into retail ready trays.

The flexibility of the checkweigher installation provides an additional benefit in that, if there is a problem with the case packer, the conveyor leading to the DACS-G can act as a buffer to hold packs. The conveyor can then be slowed down to gradually release the held packs once the line is fully operational again, and the high speed capability of the checkweigher allows these packs to be quickly cleared.

The DACS-G is equipped with both Reject Confirmation and IDCS (Ishida Data Capture System) features. [sistema de captura de dados Ishida] Reject Confirmation incorporates a sensor in the reject bin that detects every pack that is removed from the conveyor by the air blast system. This is a particular requirement of UK retailers.

IDCS provides valuable production information that can be accessed remotely. This allows Ravensbergen Food to assess the overall efficiency of the line and, if necessary, make adjustments to improve the packing operation.

Ravensbergen reports that the DACS-G is easy to use, with fast set-up thanks to the intuitive touch screen, enabling the quick call up of different pack requirements from the menu.

“We have been very impressed with the checkweigher, both in its performance and reliability, and also with the excellent service and support we have received from Ishida BV,” comments Jeroen Volwater of Ravensbergen’s Technical Support.

Now part of the Swiss group Haco AG, Ravensbergen is continuing to invest in its operations to meet growing demand for its products across Europe and has ambitious plans for further expansion.

“As part of this, if we need another checkweigher, we will definitely call on Ishida,” concludes Jeroen.

Rübezahl Schokoladen x-rays it’s sun rice products The puffed-rice chocolates from Sun Rice are a classic feature of supermarket confectionery shelves. The manufacturer, Rübezahl Schokoladen, now uses metallised films to package its products – a change with consequences for foreign body detection as well. The metal detection employed until recently was no longer possible, and the company is now using an Ishida... 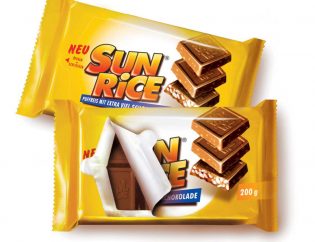 SAVE & ACCEPT
Multihead weigher allows a quantum leap in growth